Natural numbers are the counting numbers {1, 2, 3, …} (the non-negative integers)

A whole number is a number that is not a fraction or a decimal. The whole numbers include all the natural numbers and Zero.

A negative number is a real number that is less than zero. Such numbers are often used to represent a value that is a deficit.

Negative numbers have many applications in business and personal finance. Example: How can we have less than nothing? When we’re in debt.

The absolute value (or modulus) |a| of an integer a is the numerical value of a without regard to its sign.  Example:  |-5| = 5 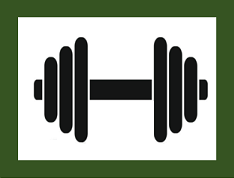 The Irrational Numbers are real numbers that cannot be written as a simple fraction. (keep a copy in your notebook)

Your ability to understand math problems can be improved with math journal writing. Be sure to include all the relevant information.   Remember- Show your work and answers in Your Math Journal   !