Independent and dependent variables in verbal, equations, tables and graphs

Coefficient, is a number used to multiply a variable.

Constant, is a value that doesn’t change

Term, is a single mathematical expression

Algebraic Expression, is a combination of constants and variables, connected by signs of fundamental operations (+, -, ×, ÷).

Both sides of an equation are expressions. Expressions don’t contain equality or inequality symbols.

Evaluate, means solve (is to find the value of a numerical or algebraic expression)

Independent Variable, its value can be set arbitrarily to get a result. 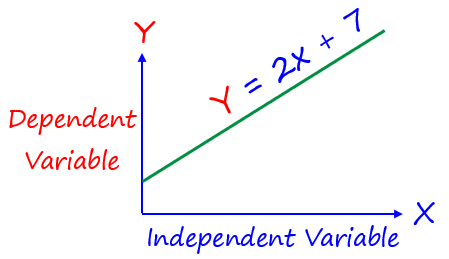 Independent variables are graphed on the x-axis

Dependent variables are graphed on the y-axis

In the equation y = 2 x+7,  the dependent variable is y. The value of y depends on the value chosen for x.

In the formula for the circumference of a circle  C = 2πr

Mathematical relationships can be represented and analyzed using tables and graphs.

Function — is a rule that shows a relationship between two quantities. A function relates an input to an output.

Input— is the independent variable. The input is the x -value.

Output— is a dependent variable (the solution to the equation). The output is the y-value.

The first (left) column is the input (independent variable)

The second (right) column is the output (dependent variable). 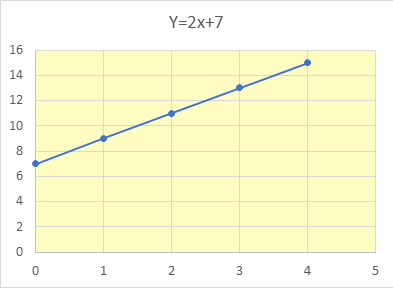 My dad earns $12 per hour.  How much money he earns per day will depend on how many hours he works.

The relationships between independent and dependent variables can be shown in equation, table, and graph form.