A decimal is any number in our base-ten number system.

The position of the digit in the decimal number determines the digit’s value. 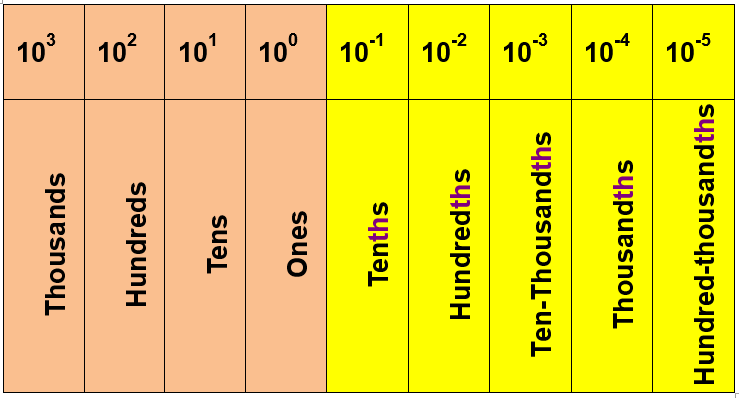 Decimals show numbers that are in between two whole numbers. A decimal has two parts, the integer part and the fractional part, which starts with the dot character. Example: 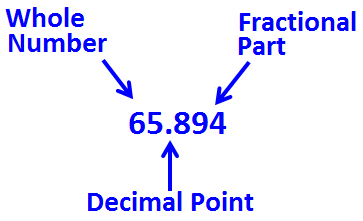 The number after the decimal point can be collectively pronounced as 8 tenths, 9 hundredths and 4 thousandths or, more simply, as 894 thousandths.

Notice that all place values to the right of the decimal point end in ths.

The decimal point is read as “and“, to indicate the separation from the whole number and the decimal fraction parts. 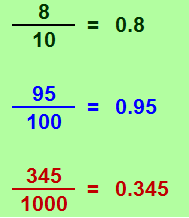 Hint: When writing a decimal number that is less than 1, a zero is normally used in the one´s place.

Remember: Writing zeroes to the right of the decimal does not change its value. Example:

A terminating decimal reaches an end after a finite number of digits.

A  Repeating decimal (non terminating) is a decimal that does not  end. Instead is goes on forever.