A triangle is a closed figure with 3 sides and 3 angles.

The three angles always add to 180°

Triangles can be classified by the size of their angles: 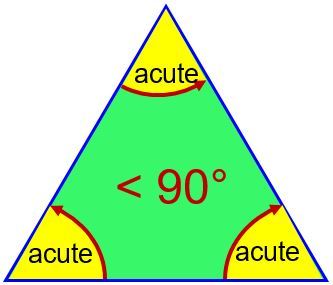 Right Triangle: Has one angle equal to 90 degrees.  The right-angle symbol is a small square. 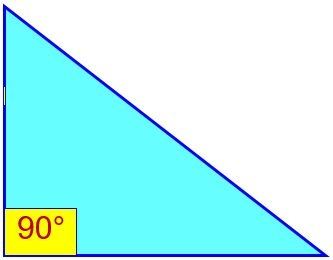 Obtuse Triangle: Has an angle more than 90 degrees 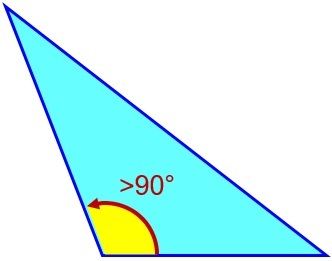 Triangles can be classified by the length of their sides:

Scalene Triangle: A triangle with all sides of different length 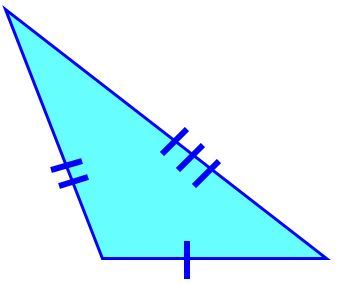 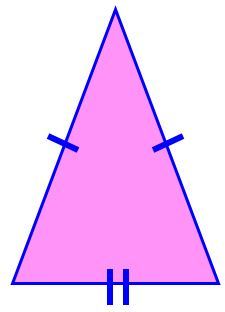 Equilateral Triangle: A triangle with all sides equal

Similar Triangles: have the same shape, but the size may be different.  (“~” means ” is “similar to”)

We denote which angles are congruent with the same number of curved lines.

Congruent Triangles: have the same shape and size. (“≅” means “is congruent to”)

Two polygons are congruent if one can be transformed into the other by translation, rotation, and/or reflection.

Also, we may observe that the measure of the exterior angle equals the sum of the other two interior angles of the triangle (Exterior Angle Theorem).

Classifying Triangles by Side

Triangle Classification: (regarding its angles)

Equiangular: (all angles are equal)

In a right triangle, one of the angles measures 90 degrees. This angle is represented by a small square.

The side opposite the right angle is the largest and is called hypotenuse.

The contiguous sides of the right angle are called legs. 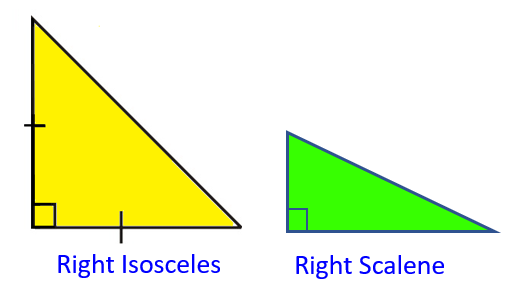 In a right triangle (a triangle with one right angle ), the square of the length of the hypotenuse is equal to the sum of the squares of the lengths of the other two sides.