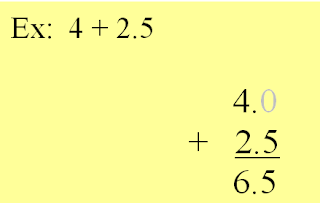 Introduction to Percentages from Ms Garcia on Vimeo.

Adding/Subtracting Fractions.
(1) Find the common denominator by finding the LCM of the denominators.
(2) Find your new fractions with the new denominator by using cross
multiplication.
(3) Add or subtract only the numerators. The denominators stay the
same.
(4) Simplify if necessary or change to a mixed number.

Simplify (reducing).
(1) Do the factor tree for both numbers.

(2) Find what they have in common and divide the numerator (top) and denominator (bottom) by that number, therefore renaming it to an equivalent fraction in lower terms.

Division of Fractions.
(1) Change division to multiplication by the reciprocal
(2) Multiply,

Improper Fractions. Are fractions that have a  numerator (top larger than the denominator  (bottom) 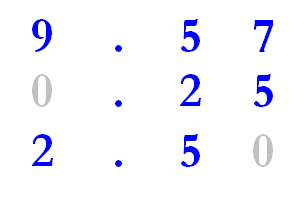 Percents.  Means “per 100”.  Percents can be written as fractions by placing the number over 100 and simplifying.

Percents.   Percents can be written as decimals (1) moving the
decimal point 2 places to the left, and (2) deleting the percent sign.

For example, if a game price increases in value from $10 to $12
the percentage increase is:

Alternatively, if a game price decreases in value from $10 to $9 the
percentage decrease is:

Move the decimal point twice to the right

Move the decimal point twice to the left,
delete the percent sign

Write down the decimal divided by 1
Multiply its numerator and denominator
by the same  number (10, 100, 1000, ..)
Simplify if necessary

To convert a decimal to a percent, multiply the decimal by 100,
then add on the % symbol. 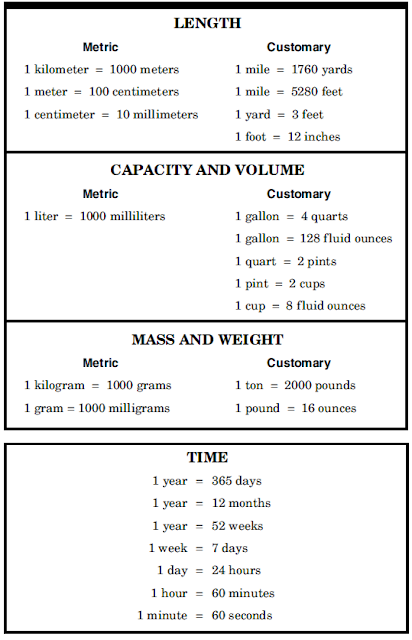 Conversion. Use the math chart. Do a proportion to solve.

Ex. How many centimeters are in 2.5 meters?

How do I explain the meaning of a fraction and its numerator and denominator, and use my understanding to represent and compare fractions?

I can add, subtract, multiply and divide rational numbers (including fractions and mixed numbers, with like denominators o with unlike denominators, with/without regrouping).

I can change freely between improper fractions and mixed numbers.

I can recognize if my answer is reasonable using estimation.

I can apply the commutative, associative, and distributive properties appropriately in multiplying and dividing rational numbers.

I can represent addition and subtraction on horizontal and vertical number lines.

I can subtract a rational number by adding its opposite (additive inverse).

I can use the absolute values of numbers on a number line to illustrate both addition and subtraction.

I can apply the properties of operations (commutative, associative, and distributive) to add and subtract rational numbers.

I can convert a fraction to a decimal using long division.

I can explain the difference between a rational and an irrational number.

I can add and subtract rational numbers in real-world situations.

I can use the four operations to solve problems involving rational numbers.

I can convert between whole numbers, fractions, and decimals.

I can estimate and compute in my head to determine whether an answer makes sense.