Geometry (from the Ancient Greek: geo- “earth” and -metron “measurement”) is the study of properties and relations of points, lines, surfaces, and solids.

Points are places in the space (points do not have any length, area or volume). There is a point where two lines intersect. A point is represented by a dot and named by a capital letter, eg. “point A”    •

A line is a straight path of points (extends in two opposite directions without end). A line contains infinite points.  A line is usually represented by a straight line with two arrowheads to indicate that the line goes on in both directions without stopping.   Lines can be named by two points on the line, example:

Also, lines can be named with a lowercase script letter.

Lines can intersect each other, and where they do, there is a point (point of intersection).

A Plane is a flat surface that extends forever in two dimensions (infinitely wide and infinitely long, with no thickness). A plane contains infinite points. Planes can be named by 3 points on plane, example “plane ABC”, or a capital letter  “plane G” 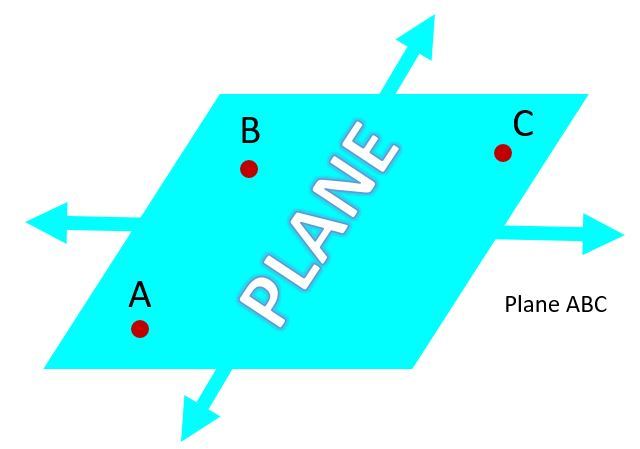 Planes can intersect each other, and there is a line in the intersection. 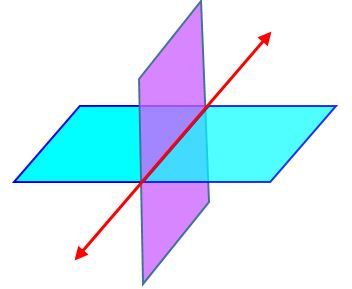 The sides of a triangle are line segments. 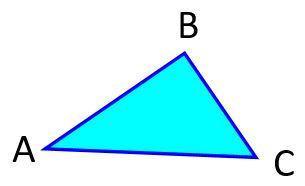 A ray starts out at a point and goes on in one direction to infinity. A ray starts at one point, called the endpoint.

We draw a small circle at the endpoint of the ray and draw an arrow at another end (1-headed arrow).

An angle is made up of two rays that have the same endpoint. This endpoint is called the vertex.

We use the symbol ∠ for angle and the letter of the vertex.  In this example ∠A (say angle A).

Also, we can name angles by using three capital letters like ∠BAC (the middle letter is the vertex of the angle)