Cross Product. The product of the numerator of one fraction and the denominator of the other fraction. 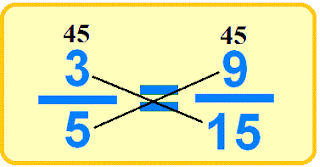 Proportions.   Statement of equality between two fractions or ratios.
A fraction (ratio) equal to another fraction (ratio).
To be a proportion the cross products must be equal
Ex. The ratio of dogs to cats is 3 to 2. If there are 10 cats, how many dogs are there? 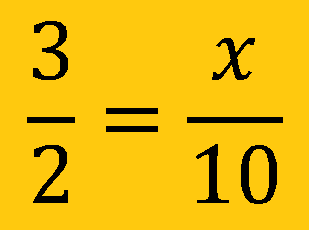 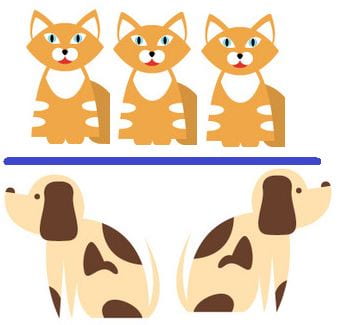 Similar figures are the same shape, but not necessarily the same size.

Scale factor is the ratio of corresponding side lengths. 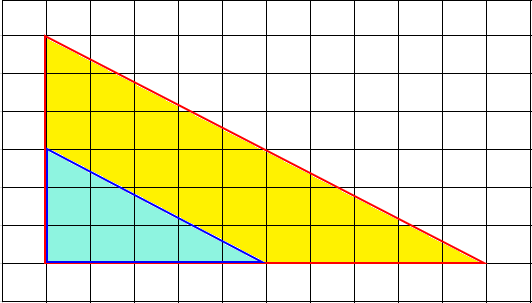 Figures that have the same shape but not necessarily the same size are similar.  Necessary conditions: 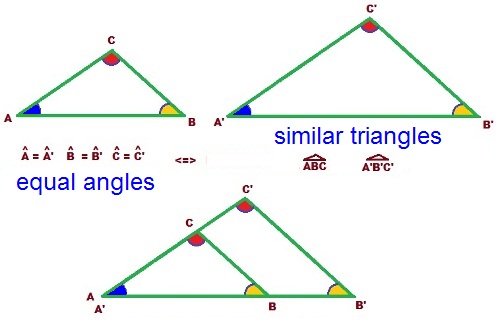 Percents. Means “per 100”.  It tells you a ratio “out of 100”. If there are 80% of the people in a school with black hair, then for every 100 people in the school, 80 of them have black hair.
Percents can be written as fractions by placing the number over 100 and simplifying.
Percent formula

There are three basic types of percent problems:

How can problems involving ratios and rates be solved without using a proportion?

What is the relationship between a ratio and a proportion?

How does a proportion compare two equivalent ratios?

How is the ratio or rate used to compare two quantities or values?

-Explain the concept of ratio.

-Explain the relationship between rate, ratio, and percent.

-Understand ratio concepts and use ratio reasoning to solve problems

Ratios and rates can be used to express the relationship between two different quantities.

Know how to solve proportional reasoning with ratios and rates, and how to verify their answer.

Know how to write ratios in simplest form.

Know how to compute and use a unit rate to solve real-life problems.

Equivalent equations and proportions are equal

There is a proportional relationship between parts of a ratio.

I can explain what a part-to-part or part-to-whole relationship means in a given situation.

I can use models and pictures to relate concepts of ratio, proportion, and percent.

I can represent and analyze patterns, rules, and functions using tables, graphs, words, and manipulatives.

I can determine whether two quantities represent a proportional relationship.

I can determine the appropriate unit rates to use in a given situation, including those with fractions.

I can compute unit rates.

I can transfer my understanding of unit rates to multiple real-world problems.

I can explain what a point (x, y) on the graph of a proportional relationship means in terms of the situation, with special attention to the points (0, 0) and (1, r) where r is the unit rate.